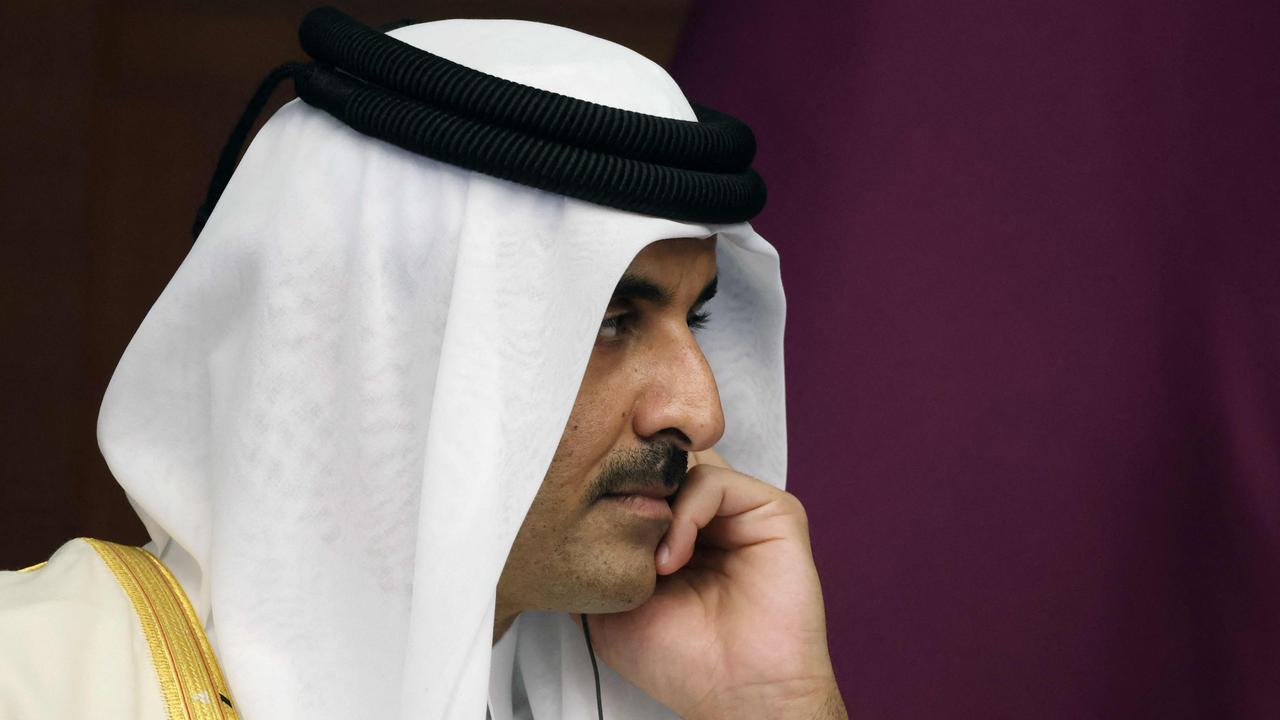 Qatar’s ruler has hit out at an “unprecedented campaign” of criticism he says has been levelled at the country’s World Cup plans, claiming “defamation” and “double standards”.

Qatar has been hit by an “unprecedented campaign” of criticism over preparations for the football World Cup, its ruler Sheikh Tamim bin Hamad al-Thani said Tuesday, calling the attacks “defamation”.

“Since we won the honour of hosting the World Cup, Qatar has been subjected to an unprecedented campaign that no host country has faced,” the emir said in a speech.

FIFA awarded the World Cup to Qatar in 2010 and it has since spent tens of billions of dollars on preparations.

But the energy-rich Gulf state has faced constant scrutiny over its treatment of foreign workers as well as LGBTQ and women’s rights.

“We initially dealt with the matter in good faith, and even considered that some criticism was positive and useful, helping us to develop aspects that need to be developed,” the emir told Qatar’s legislative council.

“But it soon became clear to us that the campaign continues, expands and includes defamation and double standards, until it reached an amount of ferocity that made many wonder, unfortunately, about the real reasons and motives behind this campaign,” he said.

FIFA president Gianni Infantino has said the Qatar World Cup, the first in an Arab nation, will be the “best ever”.

Iran should be booted from the World Cup and replaced by Ukraine, claims Shakhtar Donetsk CEO Sergei Palkin.

The Middle Eastern country are set to kick off their campaign against Group B rivals England on November 21, before taking on Wales and the United States.

Palkin, however, is leading calls for them to be removed from the competition, after Ukrainian president Volodymyr Zelensky accused them of supplying drones to Russia.

A statement from Palkin read: “Shakhtar Football Club calls on Fifa and the entire international community to immediately ban Iran’s national team from playing at the World Cup for the country’s direct participation in terrorist attacks on Ukrainians.

“This will be a fair decision that should draw the attention of the whole world to a regime that kills its best people and helps kill Ukrainians.

“The vacant place should be taken by the national team of Ukraine, which proved that it is worthy of participation in the mundial.

“With unequal conditions with other national teams during the play-offs, they played with their heart.

“This decision is historically and sportingly justified. I urge everyone to join the pressure on the football bureaucracy.

“It is enough to repeat the mistakes of the 2018 World Cup in Russia, hiding behind the empty thesis about the apolitically of sports.

“Facilitating the participation of terrorists in the World Cup is politics. It’s time to put an end to such a policy.”

Ukraine were beaten by Wales in their World Cup qualifying playoff earlier this year.

Zelensky, 44, revealed that seven Russian drones shot down in Ukraine were supplied by Iran.

He responded by stripping Iran’s ambassador to Ukraine of his accreditation.

Iran have also been accused of sending personnel to Crimea to assist with the deadly bombardment of Ukraine’s towns and cities with kamikaze drones.

Campaigners have also intensified calls to ban Iran after more than 200 protesters were killed in a crackdown by the country’s religious morality police.

Iran has been rocked by an uprising triggered when a student died in police custody after she was held for not wearing her headscarf correctly.

ORIGINALLY PUBLISHED BY THE SUN

Nations had to submit a provisional squad to FIFA by October 21 of between 35 and 55 players, and England boss Gareth Southgate was preparing to use the maximum number, according to the Telegraph.

The newspaper named the trio as likely inclusions in the squad, which must be trimmed to 26 players by November 14, six days before the tournament begins in Qatar.

It’s expected Southgate will take the opportunity to name injured players such as Manchester City defender Kyle Walker and Chelsea star Reece James in his 55-man squad before making a final call on their fitness closer to the World Cup.

FIFA will not make the early team lists public and many nations have declined to publicly announce their expanded squads but in a further twist, The Daily Mail reports Southgate has not informed his players if they are in the squad or not.

The move leaves fringe players such as Leicester City Midfielder James Maddison in the dark.

England was drawn in Group B and will face Iran, the USA and Wales in its three group games. Wales is making its first World Cup appearance since 1958.

The key centre back limped off during Manchester United’s 1-1 draw with Chelsea, leaving the field in the second half after a World Cup injury scare.

The 29-year-old was a crucial member of France’s victorious squad in Russia four years ago and was expected to feature prominently for manager Didier Deschamps this time around.

Varane’s leg twisted awkwardly as he stretched in a failed attempt to intercept a pass towards Pierre-Emerick Aubameyang, leaving him crumpled in a heap on the pitch for several minutes.

He was eventually able to walk around the pitch unaided, but his angst at potentially missing the World Cup, which starts on November 20, was clear as he punched the corner flag in frustration.

“We have to wait 24 hours and then we will know what it is,” said Manchester United manager Erik Ten Hag said.

The latest injury blow adds to a mounting crisis for France, who will face Australia in their opening fixture next month.

Their midfield could be potentially wiped out, with N’golo Kante facing four months out with a hamstring injury, while fellow 2018 midfield star Paul Pogba is also expected to be unavailable as he battles a variety of injury complaints.

Deschamps will be sweating on the Varane injury news as squad depth – and quality of depth – is always crucial in a condensed World Cup format.